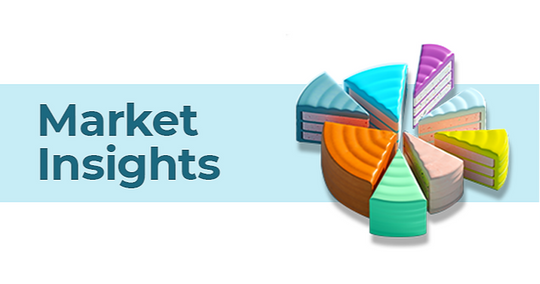 An exceptionally volatile week, marked by wide intraday price swings, whipsawed investors with stocks ending higher following a surge to the upside on the final trading day of the week. 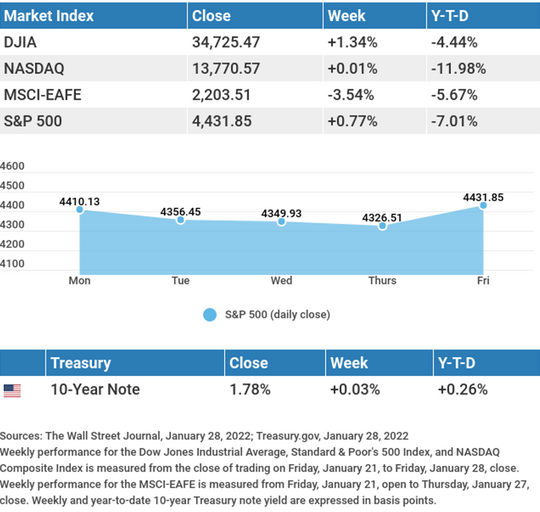 Rising bond yields, Federal Reserve uncertainty, and escalating tensions on the Ukrainian-Russian border unsettled markets all week. The week opened with two successive days of deep early losses that were erased by furious, late-afternoon rebounds. The following two-trading sessions that started with strong gains that evaporated with late-session selling.

The most dramatic session was Monday, in which stocks ended slightly higher after hitting intraday lows that saw the NASDAQ fall 4.9%, the Dow shed 1,115 points, and the S&P 500 moved into correction territory. Technology was at the epicenter of the volatility all week as rate fears weighed on sector. Stocks rebounded strongly on Friday, managing to conclude a week on an upbeat note.4

Last week’s meeting of the Federal Open Market Committee (FOMC) left rates unchanged, though officials signaled short-term rates would likely be raised at its next meeting in March. As expected, the Fed also approved one last round of bond purchases, bringing quantitative easing to an end by March.5

Left a bit more nebulous were details on the pace and timing of reducing the Fed’s balance sheet, a lingering worry of some investors. But Fed Chair Powell indicated that shrinking the Fed’s asset holdings may occur at a faster rate than in past periods of balance-sheet reductions, such as in 2014 and 2017.6