Now is the time to seize the day

Last January, the feature articles in our newsletter were “Celebrating the 20th Anniversary of the Roth IRA”, and “Highlights of the Trump Tax Plan”. Many of you have taken advantage of funding Roth IRAs and doing Roth conversions which may prove very wise. While 2018 has been a year of extreme volatility in the market and most investors have experienced losses in their investment portfolio, remember the proverbial phrase, “When life gives you lemons, make lemonade,” and face adversity with a can-do positive attitude. Now may be an opportune time to implement a Roth conversion strategy given portfolio lower values, which will require less taxes due. Now is the time to seize the day for a great number of you that are trying to make positive changes for your future by instilling proactive tax planning into your retirement strategies.

So, you may be thinking, what does the title of this article have to do with getting excited about making contributions to Roth IRAs and considering Roth conversions, as it happened that I was getting more and more excited about the opportunities that await us, a song from Newsies The Musical, “Seize the Day” began playing non-stop in my head. I had the opportunity to watch the Newsies musical many times between November and December, as my son, Evan, played Crutchie. And after watching the incredible cast of performers give it their all night after night of dancing, singing and hooking the audience into this story, this musical got ingrained in me. As I was thinking about the tax planning opportunities and outcome potentials that are available to us, “Now is the Time to Seize the Day” could not escape me.

Contributing to a Roth account means paying the tax on the seed (contributions), in today’s known tax rate environment, with the goal of having growth. Thus, the longer you delay starting these withdrawals the larger harvest (growth) you will have to draw tax-free income from.

According to www.usdebtclock.org the National Debt is getting ready to top 21.9 trillion. In addition, our nation’s unfunded liabilities are currently 116 Trillion, with Medicare leading the way, followed by Social Security.

In the 2018 Long-Term Budget Outlook, the Congressional Budget Office (CBO) states “If current laws remain generally unchanged, CBO projects federal budget deficits and debt would increase over the next 30 years, reaching the highest level of debt relative to Gross Domestic Product (GDP) in the nation’s history so far.”

The chart below indicates we are currently at 78% of GDP, the highest level since shortly after World War II. If current laws generally remain unchanged, CBO projects the federal debt would approach 100% by the end of the decade and 152% by 2048. 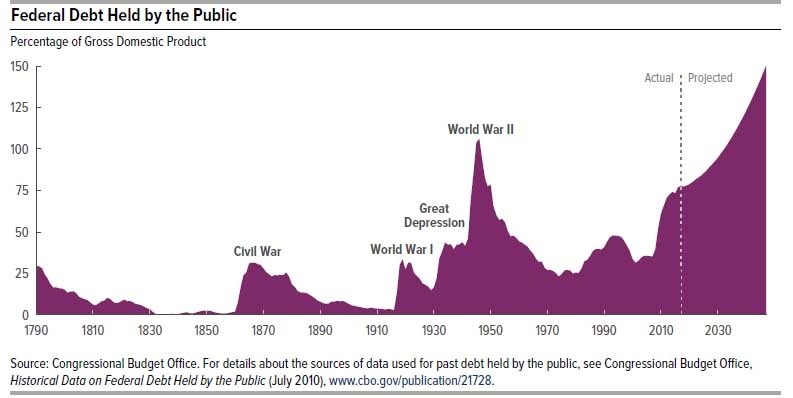 The CBO 2018 Long-Term Outlook explains that in order to put the budget on a viable path, lawmakers would have to make major changes to tax policies, spending policy’s or both. Our nation cannot continue at this pace without change. Many people believe, along with myself, that the low tax environment that we are currently in will soon be ending.

So why am I promoting now is the time to seize the day? The “Tax Cuts & Job Act” signed into law on December 2017 reduced tax brackets and is allowing many citizens to pay less in taxes. This law is scheduled to sunset in 2025, which would allow seven years to do tax planning for your future through Roth IRA contributions, and Roth conversions. For 2019, if you are eligible to contribute to a Roth IRA, the contribution limit is $6,000 and if you are age 50 or over you can contribute an additional $1,000.00 from $5,500 in 2018 to $6,000 in 2019.

Do any of you still watch cartoons? While they have changed since we were kids, for those of you that were fans of the Road Runner, this may bring you back. Wylie E Coyote is of course planning a way to kill the Road Runner. In this particular episode, he is sitting in a shed building a bomb on a train track. When he looks out the window and finds there is a freight train approaching, he makes a quick decision to pull down the shade, thus ignoring what is approaching. We as Americans quite possibly have a freight train approaching on us in the form of taxes. We have choices. We can simply ignore the train and hope that it will go away, or we can do things now that will safeguard our future against the threat of rising tax rates. 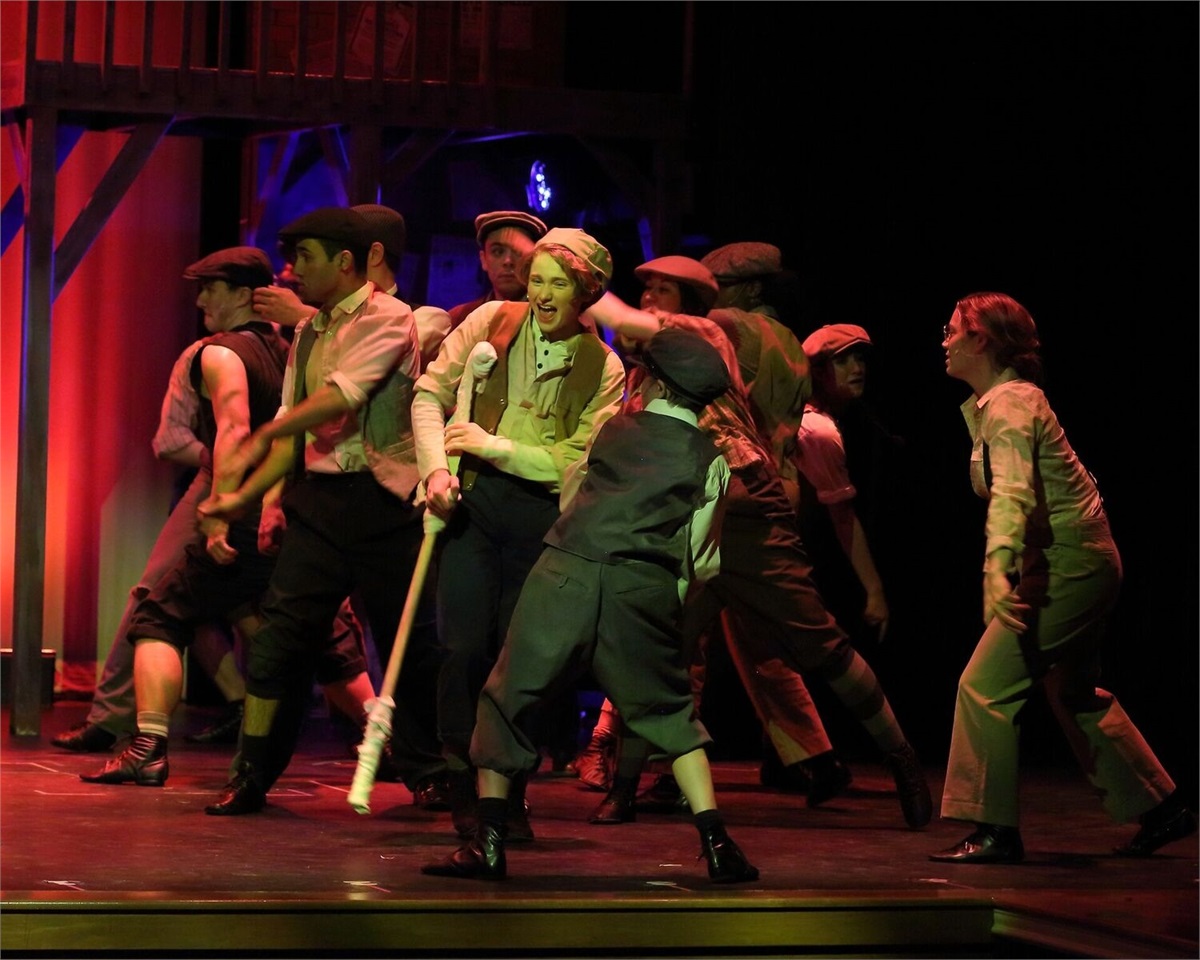 Carol’s son Evan performing as Crutchie in Disney’s Newsies The Musical at The Grand Theatre, a Road Company production, 2018.

This material is for informational purposes only. It is not intended to provide tax, accounting or legal advice or to serve as the basis for any financial decisions. Individuals are advised to consult with their own accountant and/or attorney regarding all tax, accounting and legal matters.